The parcel of land incorporating the beach access ramp area at the northern end of The Esplanade at Thompson Beach was subject to a change of land manager from Council to the Department of Environment just prior to proclamation of Adelaide International Bird Sanctuary – Winaityinaityi Pangkara National Park. This parcel is part of the Reserve.

The area is environmentally sensitive and ecologically important. It is part of the East Asian-Australasian Flyway (EAAF), one of the key feeding and roosting sites for migratory birds that use the flyway each year. The Park is also home to many species of native plants and animals that are protected.

Following discussions with the Management team at Adelaide Plains Council and Thompson Beach Progress Association, a decision was made by National Parks and Wildlife Service South Australia (NPWS – a division of Department for Environment and Water) to close what was previously known as the Northern Vehicle Track to all but pedestrian traffic. Due to ongoing issues relating to vehicle access, a decision was then made by NPWS to close the beach access ramp.

These decisions were made to help:

Managing such areas can be very challenging, and it’s unfortunate actions undertaken to reduce the impacts caused by some may be somewhat inconvenient to others who were utilising the area responsibly. But the actions were certainly necessary to protect what is a very special area from further and accelerated degradation.

Timeline And Nature Of Works

The Northern Vehicle Trail was blocked in June/July 2019 and a turnaround/car parking area created using rocks and fill. A sign was also put in place at the crossing prohibiting vehicle access further north.

In subsequent months, further rock, bollard and signage work was erected in response to continued breaches and damage by vehicles. During this time, a walking trail pedestrian access point was also created to the right of the existing information bay, established using an area damaged by vehicle and motorbike access through native vegetation.

In late March 2020, a gate across the ramp was installed by NPWS. To the right of the gate is an entrance for pedestrian access to the beach. The Thompson Beach Progress Association and Dublin CFS are among the parties with keys to the gate for emergency services access.

Boats can still be launched via two other vehicle beach access points at Thompson Beach further south. Most towns have only one boat launching area. 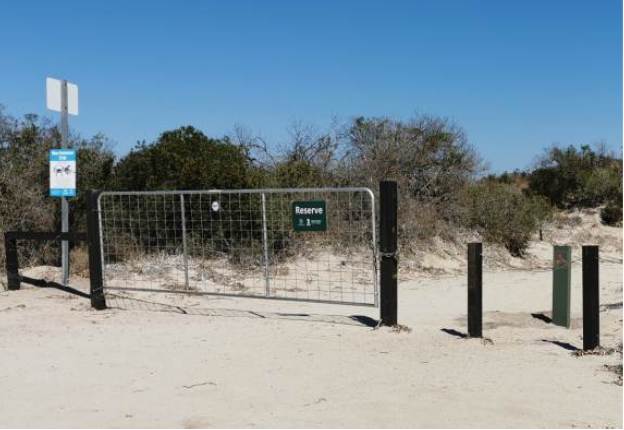 Additional bollard work was carried out in the car parking/turnaround area in early April 2020, including another pedestrian access point leading on to what is now known as the Northern Walking Trail. This is located on the eastern row of bollards. 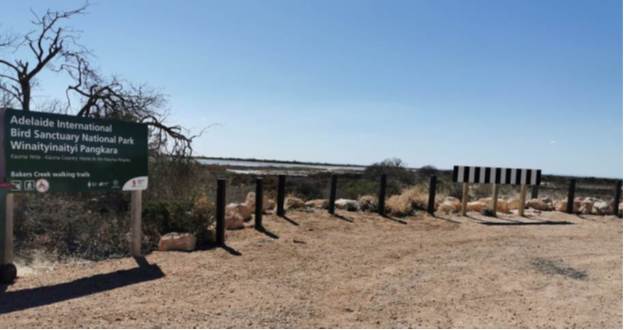 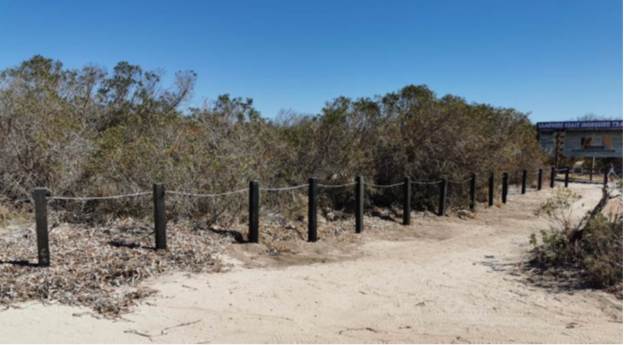 As part of this work, a sign* was put in place at the bottom of the closed off beach ramp facing south indicating: 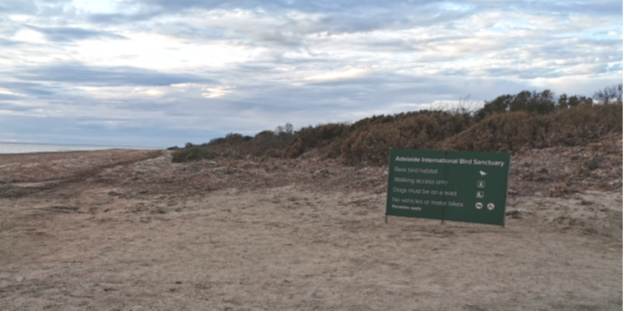 These directions apply from the ramp area north through to Bakers Creek.

Activities such as crabbing, fishing, trail walking and dog walking (on a lead) can still all be enjoyed in the area; but will now occur more in harmony with the flora, fauna and landscape the Park and Department of Environment and Water serves to protect.

We’re very privileged in Thompson Beach to live in such a beautiful area so close to a capital city. It’s in all our interests to see that it remains that way; and our shared responsibility to help maintain and protect it.

*Added note: A new, permanent sign was installed at the bottom of the now closed beach ramp later in April 2020. It is missing the “dogs on lead permitted” icon, which is to be added.